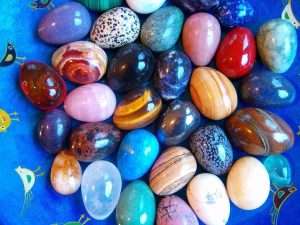 After calculating the weak and strong positions of the planets in the birth chart of a person, this gemstone tells about the appropriate gemstone. To wear a gemstone, it is very important to always have a proper inspection of the horoscope. If the gemstone is worn without proper analysis of the horoscope, then it can be harmful for the native.

What is a gem?

Gemstones You Should Wear Gemstones are a type of precious stone which are very impressive and attractive. Due to their special properties, gems are used in work like jewelry making, fashion and astrology etc. According to astrology, the divine energy is contained in the gemstone, which leads to the welfare of human life. Gemstones are often denoted by “ratti”.

Gemstones have been used for spiritual activities and healing since ancient times. Gemstones are a storehouse of powers, which enter the body through touch. Gemstone can have positive or negative effects on the wearer – it depends on the way it is used. All gemstones have different magnetic powers. Many of these gems are very beneficial for us from the point of view of healing.

According to Vedic astrology, every planet is related to some or the other gemstone and in the same way every gem is associated with some planet. Like Sun is related to Ruby, Moon with Pearl, Mercury with Emerald, Jupiter with Topaz, Venus with Diamond, Saturn with Sapphire, Rahu with Onyx and Ketu with Lahunia.

Change of fate in the life of any person keeps on coming according to the position of the planets in the birth chart. Man has always tried to make inauspicious planets auspicious or to make auspicious planets more auspicious for himself, for which he keeps on taking many measures, such as chanting of mantras, charity, bathing, wearing gems, wearing instruments. , God-Goddess Darshan etc. In all this, wearing a gemstone is considered to be an important and effective remedy. Gemstones enhance the beauty of the body in the form of ornaments, as well as prevent diseases with the effect of their divine power.

How many types of gems are there?

Just as there are seven planets, seven colours, seven notes of music, seven days, seven chakras in yoga, seven glands in the body, similarly there are seven important gems, which we call ruby, pearl, coral, emerald, topaz, Known as Heera and Neelam. Apart from this, there are 2 more gems like Onyx and Lahusaniya which are very popular and they are also very important.

These seven gems are also the zodiac gems of the lord planets of 12 zodiac signs. Let us know which gemstone is suitable for which zodiac sign.

Ruby– Ruby’s gemstone is for the Sun planet. If Sun is the lord of auspicious house in the birth chart, then wearing ruby stone is beneficial to enhance that house.

Pearl- Pearl is the gem of the moon. A person who has Moon as the ruler of auspicious house in his birth chart, then such a person should wear a pearl.

Coral– Coral is the gem of the planet Mars. If Mars is the lord of auspicious expressions in the birth chart, then wearing coral gemstone is beneficial for such people. People suffering from Mangal dosha should wear coral stone. It protects from eyes and ghosts etc. and increases confidence and positive thinking.

Emerald – Emerald is the gem of the planet Mercury. If Mercury is the ruler of auspicious houses in a person’s birth chart, then it is auspicious for him to wear Emerald. Often the question remains in the mind of people that who should wear emerald gemstone? In response to this, the astrologer believes that before wearing the emerald gemstone, a person should check the position of the planet Mercury in his horoscope. Emerald gemstone is auspicious and fruitful for those people who do business and numerology related work. It is only after analyzing the horoscope that it should be determined that how many ratti gems to wear. Memory increases by wearing emerald gemstone, so this gemstone proves to be special for students also. Those people who get more angry and want to control it and also want to increase the concentration of their mind, they should wear emerald stone.

Topaz– Topaz (Yellow Sapphire/Topaz) is the gem of the planet Jupiter. Yellow topaz is considered the best. Wearing yellow topaz is beneficial for the person whose planet Jupiter is the ruler of auspicious houses in his horoscope. Wearing this gem increases in the field of education, wealth, respect, etc. Pukhraj is also considered very good for those people who are facing obstacles in their marriage. This leads to inclination towards religious and social work and it saves from loss in business.

Diamond- Diamond is the gem of the planet Venus. Those who have Venus, the ruler of good feelings in their horoscope, must wear a diamond. Diamond is an expensive gem, that’s why if you can not buy this gem, then you can also wear gems like Zarkan, Turquoise or Opal in its place. These gems are also as beneficial as diamonds. Wearing diamond is good for those people who have diabetes and eye diseases etc. This rattan keeps away such diseases and increases life. Along with this, the people who want to get success in the field of business, film industry and art, then they can wear diamond.

Sapphire– Blue Sapphire is the gemstone of the planet Saturn, which is also called blue topaz. If Saturn is the ruler of auspicious houses in the birth chart, then such people must wear Sapphire. It is believed that Sapphire increases wisdom and patience in a person and gives peace to the mind by keeping away from stress and worries. It is considered extremely beneficial for people associated with politics. The cost of Sapphire gemstone is a bit high, that’s why one should buy it from the right place.

Onyx- Onyx gemstone is considered to be the gem of the planet Rahu. Rahu has no sign of its own and is a shadow planet. Wearing it increases the ability of a person to understand. Mostly used by astrologers to impart professional acumen and management skills. Onyx rekindles faith in life and love. Coral, ruby, pearl and yellow topaz should not be worn with onyx.

Lahsuniya– Lahsuniya (Cats eye) is the gem of planet Ketu. Like Rahu, Ketu is also a shadow planet and does not have any zodiac sign of its own. It is believed that Lahusaniya eliminates misery, trouble and money constraints. According to astrology, wearing garlic does not disturb nightmares at night. This gemstone helps the native to keep away from ghost barrier and black magic. 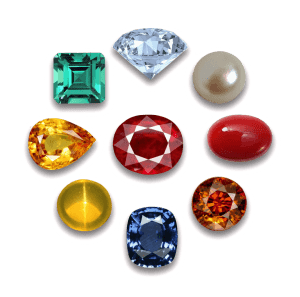 After knowing about the right gemstone for yourself, it is also necessary to know that what is the right method of wearing gems and which is the best and auspicious day to wear them. Below, you are being given information about the best day to wear each gemstone which are as follows.

Some things must be kept in mind while wearing gems. Be careful while buying gems and take only genuine gems, because the person does not get any benefit from wearing or using fake gems. Along with this, you should wear it according to the weight of the gemstone suggested by astrology, that is, use a gem of the same weight as you have been asked to wear. These days the market is full of fake pundits and fake gems. That is why always take gems from a reliable place and wear it only after consulting a proven astrologer.